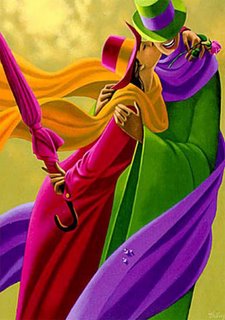 This kind of reasoning is based on Sun sign astrology. It can be helpful to a degree. But it's inaccurate much of the time. It's based on less than ten percent of the information that you would need to evaluate the likelihood of astrological compatibility between two people.

If your Sun sign is in Aquarius and you are in a happy love relationship with a Taurus there is probably a good underlying astrological basis to this compatibility. As an example, your Moon might be in Taurus. And your partners Ascendant may be in Aquarius conjunct your Sun.

The aspect that most signifies true and lasting compatibility between two lovers is the Sun/Moon connection.

The coming together of the Sun and Moon is essentially the astrological definition of marriage. It is the unity of masculine and feminine energies. Here the conjunction is strongest, the trine is also very powerful, the opposition can be positive but the square is usually detrimental.

If an Aquarian male is born on February 3rd for example, his Sun will be in the middle of the Aquarius sign. He will naturally feel at home with any woman who has her Moon in Aquarius (and particularity in mid Aquarius). The tighter the aspect, the more compelling will be the mutual attraction and harmony. He will also feel an instant attraction for women with Moons in Gemini and Libra, and often Leo. The tighter the trine or opposition, the stronger the attraction.

Aquarian females can see where the Moon is located in their natal charts. If it's in Virgo for example, this will explain why you may often find yourself deeply connected to Virgo males, though this would not be explained by Sun sign astrology.

This is a brief and incomplete overview of some of the key compatibility aspects. To find out compatibility potential based on a real astrological analysis you would need to compare the two birth charts. You can do this for free at several online sites.

It's been a few months since you wrote. Have you married the Aquarius guy yet? How's it going? ;-)

Hello,
I don't think you mentioned LEO. How is Leo compatible with the lovely Aquarius? My Ex is this sign and we had an amazing beggining, but his aloof detachment at times got on my nerves, as a leo I was used to his attention, until he found other interests, such as sports ect..

Good point. I forgot to mention Leo Aquarian relationship potential. These two signs are opposite each other in the zodiac. The zodiac sign opposite your Sun sign is the most polar-opposite to your sun sign. But they say opposites attract, and opposing sun signs can be the absolute best combination of all, if all else looks good in the chart. However, they also have potential to be the worst combinations in sun sign compatibility.

I personally had a two year live-in relationship with a Leo and we were due to be married. As with you, the beginning of this relationship for us was unbelievably blissful. But it deteriorated within a matter of months into the worst relationship I've ever experienced - by a mile ;-)

Anyone else have thoughts on zodiac opposite sun signs and how they fare?

I am an Aquarius - Feb 13,"61 my ex-to-be Taurus May 5,"58, Love from the first sight, 8 years of wonderful, passionate, loving relationship. He was my BMW-Best Man in the World - BMW Then boom - nuke blows out: in-laws get involved. Two years of nasty and cruel war with every imaginable dirty trick from vandalizm to killing pets, to life threats. I could never have imagined that people could be that inhumain. Still do not know what turned him into a monster and our relationship into passionate hatred. The fun part that even now we both periodically admit that we still love each other, but a flame of war is still on.

hi. I'm an aquarius woman born 6. february. I got this personal chart- thing, and it says i have my moon and jupiter in cancer, pluto an lilith in scorpio, and the rest in capricorn. What does that mean? I'm in love with a scorpio, is it a good match?

I am an Aquarius woman dating a Virgo man. What do you think it will look like for us in the future. As of now we do have power struggles, but we communicate very well.

Iam an aquarian deeply in love with a libran who does not display "his affections openly" but helps to enhance my career prospects out of the way[he is professionally very successful & imp]I have done very well in my career very well too.He says he is poor at expression"[he is a wonderful orator in public}.My Libran man has me running out of patience.HELP!

I have been in a relationship with a Libran... WITH a Leo Ascendant and although we used to get on sooo well, especially when just talking, his pride and the way he didn't particularly like displaying closeness in public PISSED me off! Irritatingly enough he was too detached, even for my Aquarian self. But of course, I would still be friends with him no matter what.

Hi moira,
Iam An Aquarian Born On 14th FEB 1982 Birth Time 1.55pm. Iam single and none of my romantic relationships seem to be working?.. iam supposed to be cupid but y doesnt my charms work?

Be careful for the following site:

I paid and I never received my reading report.

Hi, Not to upset all u Aquarius..But i'm a Pisces with a venus in Aqua! From what i keep reading Aqua-Venus n its in 7th house..has trouble in love?? What can i do about this? Is there any sign compatable w this placing? Well, i do know this placing has great sex! lol

i don't think you mentioned pisces with aquariuses. is that supposed to be a bad idea as well?

i am aquarius but im only 12 and my best friend is virgo and she been my bff for 5 years and we have not gotten in a fight!

Ok, i am an Aquarian woman happily married to a Taurus for 30 yrs. I also had a relationship with a typical Capricorn that lasted few years, it was a rocky relationship and i still can't really get over it. I loved him but it was better to be without him. Aquarian is definitely compatible with Taurus but it's really very bad with Capricorn. Such relationship in most cases is set to failure.

I'm an aquarius sun and capricorn moon and I've been dating a Sag. sun and Virgo moon for two years. I have started to fall for my Leo sun and Cancer moon friend. We both have a heavy attraction and I have to make the decision on which would be better for me. My friend is my total opposite, both sun and moon and many of the other smaller signs. Which am I more compatible with? I don't want to regret my decision.

Hello
I am trying to find on the whole internet that and stiil haven't so I hope you can help me out.
I am invloved now with a guy for 4 month so he is
an Aquarian with moon in Leo and I am a Leo with moon in Aquarious, is that a good match or not?????
Please help!

plzz tell me the compatibility between aquarius and another aquarius....i have always been hypnotised and attracted to aquarian females ( i am an aquarian myself: 26th jan born)...plzz temme if theres anything tats possible...

I'm quite curious about Aquarius + Aquarius = ?

From what I read it's either the best or worst (books and what-not on the net).

Been in pretty much all relationships with one sign or another. The one sign that seems to stay out of my reach is my own sign (which is obviously Aquarius). Lil help please with how compatible.

I myself am an aquarius and my fiance is an aquarius also and our birthdays are january 25th and january 26th..what does this mean??

I'm a Leo with a Gemini moon and I am with an Aquarius with a Leo moon. How is this match? What are some things to help understand each other better?

Can anyone tell me what I am born 20/1/63 Going out with a libra 27/9/61 we either complete soul mates or distant with each other.
Am I capricorn or Aquarian

I am an aquarius, feb 6, and just recently broke up with my scorpio girlfriend of 4 months. I will tell you honestly, this is a TERRIBLE combination. "listen to me now, hear me later..." lol

i met an aquarian man born 31st jan, the first time we met was magnifying and wonderful. We are now engaged, although we love eachother he is very aloof and this can be very frustrating, being a sagittarian 13th dec i am very positive and optomistic where as he is doubtful and uncertain. this can be frustrating for me!

I wonder why if Aquarians are compatible to Libra, then why didn't my Aquarian crush took notice of me? What's wrong!

um im an aquarian male and... i got a crush on you too with ma bare hands!!! rawr! ok sorry bad joke :DDD

Leo I am and Aquarius I love because Aquarius is in my 7th house and Venus is in my 11th house.
Yeah, I’m the Leo type that attracts Aquas instead of repulsing them, 99% of the time.


And another thing that might frown your brows … I’m very “territorial”.. I would much rather hear about an Aquarius dating a Libra or a Sagittarius than a Scorpio. I care too much for my fellow opposite friends… I don’t want them to get disappointed… So let me come out with this warning out of purely good leonine intention:
Hear me out you idealistic-futuristic-wonderful water bearers, beware of Scorpios (especially females)! I know you love how Scorpio is depicted in astrobooks and all but I’m telling you, these folks will never match your standards! I’ve seen this happen in front of my eyes and it was terrible to watch.
So I absolutely agree, Scorpio and Aquarians are the worse combo ever, even if they have attraction etc etc.. it’s all bound to fail! Just look at Demi Moore and Ashton Kutcher… I know, it’s Hollywood and divorce & marriage are their national sport, but I just knew it was coming…

I am a 48 y/o aquarian male, leo rising, cap moon, Water Tigerrrr in the Chinese astro - I LOVE love and romance and long term committment idealisticality - yet - sadly - I seem doomed to be all alone without a mate/match/lady love to adore and mutually co-create fabulously together...my longest relationships have been 3 to 5 years - I remain objective and optimistic - still I seem to have looooong periods all alone - HeLp Universe / god/desses / angels / fairies / conscious and fellow conscientious humans - I implore you... where is my "soul mate"? (qazaq2 at yah o o ;)

thank you for writing in that it's not all Sun sign alone.

I'm married to a Scorpio near the sag cusp and he has a scorpio venus too/scorpio mercury. and looking further in my chart, im a water rising with almost feminine in my chart. And i am an aquarius sun.

Sarah Palin is stellium aquarius with aqua moon/venus aqua but married to a virgo man with virgo moon cancer venus cancer mars (he's all earth and water)
how is it in those cases there's no possible aspects??

Thanks for sharing this with us! Some really amazing features. This is excellent information. It is amazing and wonderful to visit your site. It really gives me an insight on this topic.
astrological compatibility