If you haven't seen Maya del Mar's website and monthly forecasts, you may want to check it out.

I think as far as astrologers with web sites go, Maya is one of the top five worldwide. And she's an Aquarian. She's the author of the popular astrological site called Daykeeper Journal.

Each month she provides free forecast information, with more details available to those who decide to subscribe. See Maya's free monthly forecasts here.
Posted by Isadora at Thursday, January 26, 2006 1 comment:

The Chinese New Year begins every year on the Aquarian New Moon. On January 29 2006 we begin the Year of the Dog. The Year of the Dog is traditionally associated with justice and generosity.

Because the beginning of the Chinese New Year varies each year depending on when the New Moon falls in Aquarius, Aquarians need to double-check the dates to see what animal they represent in Chinese astrology.

If you are a Dog, this is your year! It's also a lucky year for the Tiger and the Horse. The Dog is most compatible with people born in the year of the Tiger and Horse.

If you are an Aquarian Dog, according to Lovegevity, you are creative and motivated, not as materialistic or showy as other zodiac sign dogs. You are an incredibly fair person who seeks cultural knowledge and sophistication.

What day of the week were you born?

I was at a dinner party last week and someone started reciting this nursery rhyme. This rhyme says your character will be determined partly based on what day of the week you were born.

Here is one version of it. The author is unknown:

It seems that Sunday's child has the best luck in life. I was a Tuesday child so I don't take offense to this poem but it's not very kind to those of us born on Wednesday. I guess the 'woe' refers to undue mental stresses from an overactive Mercury.

Astrology consisted of only seven traditional 'planets' until just a century ago. These were each thought to represent one day of the week. The Sun was Sunday, Moon was Monday, Mars ('mardi' in French for Tuesday) was Tuesday, Mercury (Mercredi in french for Wednesday) was Wednesday, Jupiter (Jeudi in french for Thursday) was Thursday, Venus (vendredi in French for Friday) was Friday and Saturn was Saturday.

What day of the week were you born? Does this poem hold any meaning for you personally?
Posted by Isadora at Sunday, January 15, 2006 6 comments:

Have you ever wondered if someone who has the same Sun, Moon and rising sign as you may be a lot like you and even look like you?

According to astrology, this should be the case. But there has been little research done to see if it's true.

Astrofaces is one project that is trying to verify this by getting photos of people who know where their Ascendant, Sun and Moon are located in their birth charts. They use facial recognition software to analyze similarities. They've got many entries already but they need a lot more for this type of analysis given there are twelve rising signs, twelve moon signs and twelve sun signs.

Only one person in very 1,728 would share the same three zodiac signs as you.

I received this email from them:

This is to invite you to visit and review the Astrofaces research project. The project seeks to verify astrology for modern science with photographs grouped by the sun, moon and ascendant of the subjects. It asks whether people who share the same sun, moon and ascendant resemble each other significantly. We are aiming for analysis with facial recognition software. If we can obtain objective measurements of faces that show resemblance correlated only to astrological factors, then modern scientists will be able to approach this ancient science. There are 2500 photos and an abstract to explain the project in detail. Hope you enjoy the site. Thank you, Moshe for the Astrofaces project

Check out this great project at Astrofaces.com

See also a recent study about how facial characteristics can tell us about a person's character.
Posted by Isadora at Friday, January 06, 2006 2 comments: 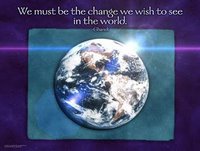 I'm not a fan of forecasts by zodiac sign. Every individual's horoscope is completely unique and creating a yearly forecast based on just where the Sun sign is placed in your chart is not valid astrology. But here are some broad generalizations.

Keep in mind that the last two months of 2005 were probably tougher on many Aquarians than any of the astrology aspects we will see in 2006. For Aquarians born between February 5th and 8th (and probably a couple of days on each side of these dates as well) note (see below) that you are experiencing a very powerful once in a lifetime Neptune transit this year.

Mars will be in the middle third of Taurus throughout January. This will provide a challenging and often energizing square to Aquarians who were born in mid Aquarius (with birthdays between February 1st to February 10th). Mars has already passed over these degrees twice in the fall of 2005 during it's unusually long transit through Taurus. This last pass-over may resolve (for better or worse) the issues that have been brewing since then. See the earlier post about the Mars transit through Taurus here.

Saturn will be opposing most Aquarians at some point this year. Throughout January Saturn will be transiting retrograde from 9 to 7 degrees of Leo. It will be opposing the Sun sign of early Aquarians and especially those born between January 27th to January 29th. This Saturn opposition Sun transit only happens once in thirty years and sometimes lasts off and on for many months. See what Saturn opposing your Sun may mean for you here.

On January 1st, retrograde Venus moves out of Aquarius (where it has visited only the first two degrees during the entire month of December) to start it's slow backward move through Capricorn. It will not return to Aquarius until early March.

Mars will be opposing Jupiter the whole month of January in the mid degrees of Taurus and Scorpio. The exact opposition happens on January 15th at 15 degrees. This will create a t-square for any Aquarians born in the middle third of the Aquarius zodiac sign. It's an energizing influence, but will be especially profound for people born between February 4th to February 7th as these people are also experiencing the once-in-a-lifetime Neptune conjunct Sun transit.

On January 20th the Sun enters Aquarius. This is a good thirty day period for Aquarians to shine. Especially this year as Mercury (planet of communication) will be closely tied to the Sun in Aquarius until February 9th.

Here's an abbreviated summary of the main planetary transits for the rest of 2006:

March 2nd
Mercury begins a retrograde at 27 degrees Pisces. It will stay retrograde until March 25th

April 5th
Saturn turns Direct at 04.22 Leo. It's been retrograding in Leo since late November 2005.

May 17th
Chiron turns retrograde at 9.45 degrees Aquarius. It will be retrograde until October.

May 22nd
Neptune turns retrograde at 19.49 degrees Aquarius. It will retrograde until late October.

July 4th
Mercury begins a retrograde at 1.22 degrees Leo. It will retrograde mostly through Cancer until July 28th