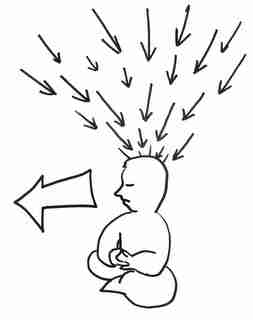 There are 360 degrees in the zodiac. And thirty degrees for each sign, including Aquarius.

Have you ever looked into the meaning of the degree where your Sun is placed in Aquarius? Each degree has been assigned a unique meaning by a system called Sabian symbols. Sabian symbols were created by clairvoyant Elsie Wheeler back in 1925. A lot of astrologers use them to help them conjure up useful images for their clients.

You can analyze Sabian symbols for any point in your chart, but most often people are most interested in their Sun and Ascendant degree interpretations. Sabian Symbols are always rounded up to the next degree. So for example, if your Sun is at 19 degrees and 17 minutes Aquarius, the 20 degree Aquarius sabian symbol would be the correct interpretation for you.


In my case I have a Sun/Venus conjunction at between 10 and 11 degrees of Aquarius. Here the sabian interpretation is : During a silent hour, a man receives a new inspiration which may change his life.

This has a very personal meaning for me. I won't go into it but it is extremely good counsel for me.

And now we have a new way of looking at each of the 360 degrees. Astrologer Michael Ax and artist Lyle van Loon have created an image and a corresponding phrase for each of the degrees. They have over twenty years of astrological analysis and their insights are very interesting. Their work is inspired by extensive study of Rudhyar, Jones and Goldsmith.

See what they have to say about the zodiac degree you may be interested in visualizing.

For my Aquarian degree between 10-11 Aquarius, they have created the image above. The phrase belonging to it is Synthetic Vision: the experience of knowing solutions to complex issues in the world and deciding to put one's life in gear to bring these solution into being.

Now for the first time we have images to associate with each of the 360 degrees.