An Update for 1962 Aquarians 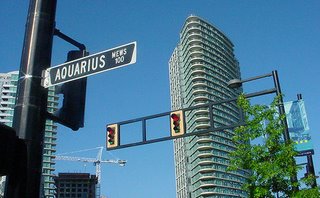 We're up to about sixty people now. We still have a long way to go to get to two hundred. Since I put out the initial call almost two years ago, I'm sure some people may have already lost interest in participating. Also, a few people gave me secondary email addresses that may no longer be active.

So, I expect of the sixty we may only see 2/3 actually participating once we're ready to go.

It may be another year before we've got enough people to get this survey off and going! So hold tight and check in every once in a while.

Here's two emails I received from a 1962 Aquarian that I'm sure you will find very interesting.

Hi,
I just found your blog via starlightnews and was happy to see your interest in aqua62s. I do recall reading your article in '96. I'd like to take part in your survey and will try to round up any others I happen to meet. Maybe by 2012 we'll make it to 200. Have you posted announcements on other astrology blogs/forums?

I was born on 1/22 and both of the sign's rulers are super strong in my chart. I have an exact to the minute conjunction of sun /saturn, and moon and uranus are conjunct on the asc.

I started reading astrology books when I was 12 or 13 and by age 14 I had hand calculated my birthchart (those were the days eh?). I have been studying astrology ever since but have never tried to get credentials and make a living of it.

I have always wanted to meet my astro twin as it would be the ultimate proof of astrology's validity for me personally. Despite all these years of experience with it, I still sometimes have my doubts and wonder if it's all in my head. Well, last summer I had the opportunity to meet an almost astro-twin. He contacted me via online personals and we found out we were born 7.5 hrs apart in the same zone. We only met for 2 hours but it felt like talking with a friend you hadn't seen in years. And we were remarkably similar (in spite of the 7 hours and different gender) in looks, interests, philosophy and psychology. It was a weird experience.

Now that I've found this site maybe I can find a more exact astro twin. I noticed one post from a woman born 1/22.

I have an idea for that survey: one would think there would be an obvious difference in dominant character trait /life path between the early aquastells who have the sun/ven/saturn conjunction versus the later ones with sun/ven/jup.

Also, the early ones would have merc/jup vs merc/sat; and then there's the less glaring difference of venus/sat vs mars/sat.

Of course all those shifting planets get more complicated than that but Jupter and Saturn are very basic opposite energies and might be the clearest to document.

It's really cool how the earlies have the inward or contractive basic character (sun) with an expansive mind while the laters are the opposite or complement.

Anyway, the survey could be set up to have a look at that if there was a large enough group. What do you think? Maybe you were already considering that anyway. On the other hand it might not be a good idea to stir up divisiveness among the aquastells for we are all One. Solidarity forever!

These are very interesting points! What do you guys think?

P.S. If you haven't already done so, please introduce yourself at the meeting spot.