The big Conjunction in Aquarius in 1962 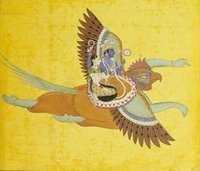 I received a fascinating email from an Aquarian born in 1962 today. As some readers here know, I am trying to get a minimum of two hundred 1962 Aquarians to participate in a survey. (We're at close to fifty people now.) Aquarians born in 1962 have the highest concentration of planets in Aquarius of any people born at any time in history.

The note I received from this 1962 Aquarian included the following comment:

"Years ago, when I was only 9 or 10, I read my first astrology book. The author referred to 1962 conjunction-eclipse Aquarians in the introduction. He reported that vedic astrologers believed these individuals were incarnated avatars ! It was such a peculiar statement (and being only a child, I had to look up the meaning of "avatar") that I have never forgotten it, although I cannot recall title or author of that old book. Since we are now in our 40's and 2012 approaches, I wonder how many of us are consciously involved with lightworks - energetic healing, counselling, environmental causes etc. - to me this would the practical expression of "avatar-ship". I do wonder why none of our group has made major public contributions to date (except the athletes noted in one survey)since our charts should ordain us as highly intelligent, group-organizing, progressive visionaries with a unique social consciousness ... "

Well I personally don't know the meaning of the term Avatar. Though I've seen it used in the web context, where people design their own 'avatar' figurines in forums, virtual worlds and other online settings. So I looked up the term in the online dictionary. The answer was:

Wikipedia has a very long section about what avatars are. Here's a brief excerpt:

In Hinduism, an avatar or avatara or avataram (Sanskrit अवतार), is the incarnation (bodily manifestation) of an Immortal Being, or of the Ultimate Supreme Being. It derives from the Sanskrit word avatāra which means "descent" and usually implies a deliberate descent into mortal realms for special purposes. The term is used primarily in Hinduism, for incarnations of Vishnu the Preserver, whom many Hindus worship as God.

I don't think it's a good idea for 1962 Aquarians to start thinking they are some sort of special gifted species, but on the other hand I find this kind of information intriguing.

Does anyone know the book source of this quote about 1962 Aquarian avatars? I'd much appreciate any comments from people around this whole issue.

And lastly, if you are an Aquarian born in 1962 and have not yet introduced yourself at the inital meeting spot, please look into this.
Posted by Isadora at Monday, May 15, 2006 22 comments: