Pluto Denigrated to a Dwarf Planet?

It looks like astronomers meeting now in Prague are going to reclassify Pluto. They don't think it should be considered a full-scale planet and they are going to classify it as a 'dwarf planet'.

They can do what they think is best I suppose, but astrologers would strongly disagree as to the weight of influence of Pluto in the solar system.

Personally I've experienced three of my most trying life traumas during Pluto transits. The most recent one, about three years ago, I was taken to small claims court by an unhappy and jealous ex-boyfriend as Pluto conjuncted my Descendant. We had separated about four years previous to that but he waited (not knowing anything about astrology) till Pluto was on my Descendant to harass me ;-). Thankfully the case was thrown out of court but it was very emotionally charged for me.

Many years ago my mother died as Pluto squared my Sun.

And when Pluto conjuncted my Moon, I would have to say that year was the most emotionally-trying year in my life so far.

Pluto may be small in size but it carries an incredible punch. Pluto ain't no dwarf planet. Anyone else want to vouch for the power of Pluto transits?

Ceres to Join the Planets? 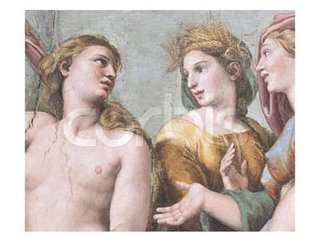 Astronomers are meeting in Prague right now to finally put an end to the nebulous existing definition they use for what exactly constitutes a planet. If one of their central proposals go through, we will soon see three new planets in the solar system.

One is the asteroid Ceres. When Ceres was first discovered in 1801, it was considered a planet by astronomers, but it was soon demoted to the status of an asteroid because astronomers couldn't figure out its shape.

This seems like a very good time in human evolution to recognize Ceres as a planet. Ceres is recognized by astrologers as representing nurturing qualities. It's placement in our chart gives clues about how we nurture and care for other people as well as ourselves. Ceres is also deeply associated with our caring and nurturing relationship to the Earth; to the land and the health of the environment.

In human health, Ceres is associated with the womb and stomach.

According to Nick Anthony Fiorenza potential Ceres issues are: fear of abundance, lack and material struggle; low self esteem; unworthiness; abandonment / rejection issues expressing as attachment to people and things, manipulation of loved ones, over-attachment to siblings, possessiveness, and control of siblings or of one's creations; mother-child complexes; barrenness.

Ceres takes 4.6 years to orbit around the Sun.

It is very interesting that just now, as it's very status is being discussed, it is exactly conjunct Neptune at 18 degrees Aquarius. What might that mean??? ;-)