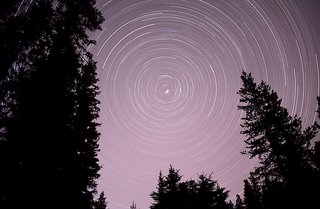 Aquarians born in 1962 have a stellium of planets in Aquarius. We'll call these people Aquastells.

See a forecast for all Aquarians here. But what more specifics can we add that would apply to just the Aquastells in 2007?

I've heard from over ninety Aquastells who are interested in taking part in a survey about the general characteristics and life experiences of 1962 Aquarians. But before we get the two hundred people required as a minimum sample (please sign on here even if you've emailed me in the past!) I'm hoping that some of you will help talk about the transits we will all encounter this year.

Despite all being born within thirty days in the same year, Aquastells will still have completely different astrology forecasts for this year. Some of us may have Pluto conjunct Moon, Uranus conjunct Midheaven or Saturn on the Ascendant this year. These are the kinds of transits that really scream for attention but they happen in different years for all of us.

It would be so exciting to be able to do a mass forecast prediction for Aquastells. But because we all have our most sensitive chart points (the inner planets and angles) at different degrees, it really is not possible to do this. The only thing we can do is look at some of the less powerful transits that we all share in common.

We all share the same placements of the outer planets. When Aquastells were born, the slower planets were located here;

Pluto trine Uranus - January, February, March, April, May June, and November and December for all Aquastells. Normally a transit involving two outer planets would not necessarily have huge immediate implications. But because Uranus is so central in the chart of Aquastells, this transit has to be very meaningful. Note also that the transit is amplified in mid December, when Pluto and Jupiter are conjunct in the sky and both trining the natal Uranus of all Aquastells.

Neptune conjunct South Node - all of January for all Aquastells

Uranus trine Neptune - end of January, all of February for all Aquastells

Neptune conjunct Jupiter - for Aquastells born before January 30, this two to three year transit has already almost finished. Aquastells born after 3 February; those whose Sun is in Aquarius between 19 and 21 degrees will feel this transit most strongly this year.

Other outer planet transits in 2007:

Saturn Conjunct North Node - mid March through May for all Aquastells

There are many more transits we will share this year. These smaller transits are fleeting, they typically last only two or three days and often go unnoticed in our lives. But we can just try to track a few of these. It would be fun to share our common experiences of these upcoming transits;

These fleeting transits of Sun over Uranus are of special interest to us. This is because we all share them around the same day every single year of our lives. Because the Sun is the only 'planet' that covers the same degrees of the zodiac each year at the same time, these transits merit our very focused group attention.

Because Uranus is such an incredibly powerful planet in the charts of Aquastells, this little annual transit of the Sun conjuncting Uranus should really be felt by most of us each year at this time when it happens. Mark August 22nd (and the two day period around it) in your calendars. On this date each year, Aquastells should be especially incredible magnetic to themselves and people around them. The day is filled with unusual events and surprises. Depending on how natal Uranus sits in your individual chart and how strong you are with its energies, this three day period should really stand out for you. Do people have memories of late August standing out in previous years?

In just a couple of days (centering around January 29th) we will all experience a trining transit of Mars over our Pluto. This transit usually brings great energy and the ability to initiate and achieve more than usual. This is a great time to let go of inhibitions and to knock down barriers in your life.

And because Mars is trining Pluto on January 29th this year, those Aquastells who were born close to this date (one or two days on each side) will benefit from this powerful transit energy for the whole year to the extent that it is also reflected in your birthday (solar return) chart.

Normally the transit of Venus over Uranus happens once a year and is a two-day fleeting and not necessarily eventful transit. But 2007 is different because Venus will be retrograding and stationary at the last degrees of Leo for a long time. Aquastells will feel the strong impact of stationing Venus conjunct Uranus in the middle two weeks of July, the first two weeks of August and for about five days surrounding October 6th. (Note that during August Aquastells also have transiting Saturn conjunct their Uranus so this Venus/Saturn/Uranus activity complicates the picture quite a bit.)

Transiting Venus conjunct Uranus can bring all sorts of unusual social situations into your life. For Aquastells who have very powerful Uranian auras, you may really stand out for other people at around this time as the Venus out there shines on your natal ruling planet.

If this forecast seems really like dry drivel than you must know I wrote it while under the sombering infuence of transiting Saturn weighing down on and opposing my Mercury. So please help me out! This is just a rough view of the transits we can all spend time discussing here this year. See the links to each transit mentioned above and please add your comments! Thanks. 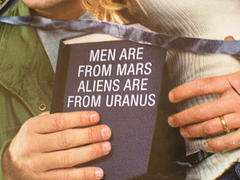 The transit of Saturn over natal Uranus only happens once every thirty years. Aquarians who were born with Uranus in late Leo or early Virgo will experience this transit in 2007. These people have experienced this transit only once before in late 1977-to mid 1978.

Saturn transiting over natal Uranus can be very upsetting. Uranus is such as free spirit, so prone to eratic behaviour and activity. When Saturn comes by to squish on it, it is a slowing, dampening effect on the wilful nature of Uranus.

The even stronger transit is the reverse one where it is Uranus that transits your natal Saturn. One of the most memorable times in my life was during this once-in-a-lifetmine transit of Uranus over natal Saturn. This happened in 1996 for me and I was suddenly and totally unexpectedly laid off from my job. I had been there for six years and had invested all my self-esteem in this silly (but prestigious and well-paying) job. Although I'd been trying to figure out for over a year how I would get myself out of there and into something new, I had delayed any action and was just stalling and stewing misearably. And then the bolt of lightening came. Almost the exact same day this long-term transit hit exact, I was given the boot (with much sugar coating) to my great shock and panic. I recall this time as one of the scariest points in my life in terms of forcing me to go out into unknown territory and make a completely new career for myself. (In my case Uranus rules my 10th house). In retrospect this transit helped me so very much. I was freed of a real bondage and confinement. I had been living as an Aquarian ruled by Saturn. Now I started the second major chapter in my life where I began living as an Aquarian ruled by Uranus.

The transiting Saturn over Uranus transit will have many of the same vibes. But instead of forcefully freeing us from Saturn's inhibitions, this transit could bind our freedom in some way; it could burden us with some additional responsibility, maybe regarding some older people in our life.

I'd like to see more people's opinions of this transit. Please leave some comments below!

This transit occurs once every year for everyone. It also happens on the same day each year. So if you know what degree your Uranus is in, you can easily figure out when this transit occurs for you each year. In my case, Uranus is at 29 degrees Virgo. Thus each year on the 22nd of August, I experience the Sun conjuncting my natal Uranus.

For people who are strongly Uranian, this day of the year may really stand out for you. I'm looking for feedback and more comments about this transit please.
Posted by Isadora at Friday, January 26, 2007 3 comments:

this is a draft. I'm seeking people's comments and interpretations below!
Posted by Isadora at Friday, January 26, 2007 2 comments:

This can be a very energizing transit. It's a short lived transit typically lasting for less than three days. It can be a productive time of initiating new paths in life.

This transit is relatively common and occurs once or twice a year.

Are you an Aquarian who's experienced this transit lately? Please add your comments about this transit below.
Posted by Isadora at Friday, January 26, 2007 3 comments:

The transit of Pluto trine natal Uranus can only happen once in a lifetime.

Usually when we have Pluto trining one of our outer planets the effect is over a couple of years and may not be felt at all in the outer life events of any given individual.

But for Aquarians, especially those whose chart ruler (Uranus) is very strongly tied in with their charts, this transit can signal a major transformation in life.

Transits shared by Aquastells in 2007

Here's a summary of transits shared by Aquastells in 2007. The exact timing is based on the mid point of Aquarius (set for people born on February 4th 1962.) For a discussion of many of the key transits see here.

The photo above is by absolutwade.